Hello and welcome to Desert Adventures Vail AZ!  My Name is Bob Miller. 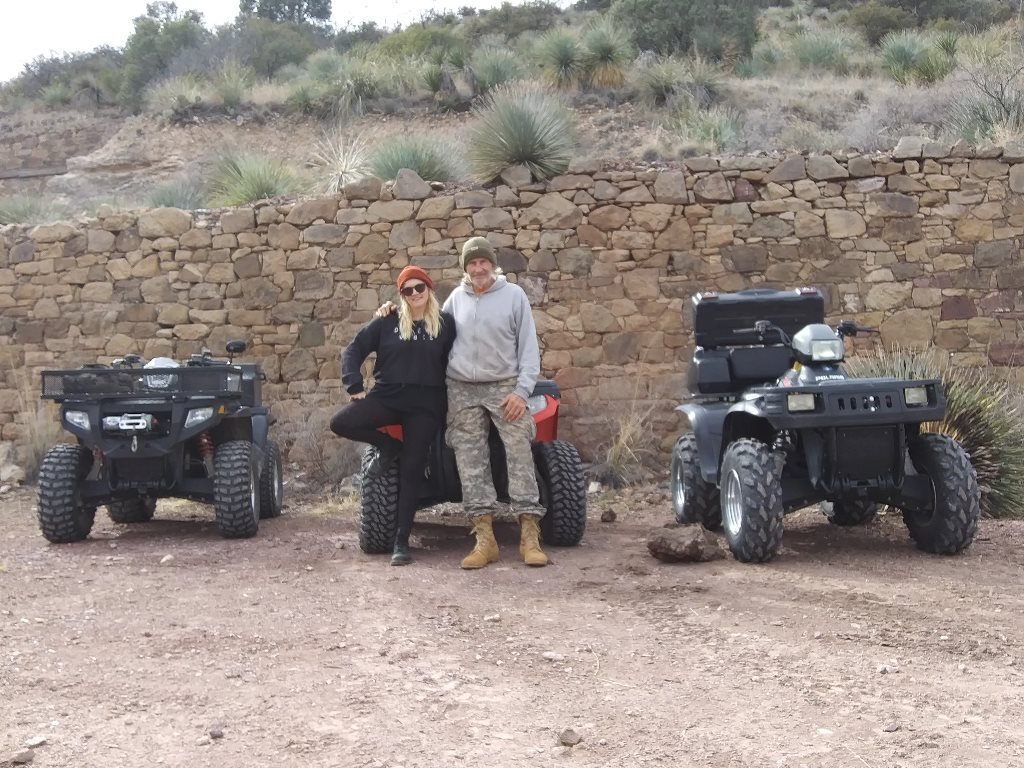 My curse/gift in life is to see everything that is wrong first. So when it comes time for problem solving, it appears I am a natural. Graduated high school in 1970 in Philadelphia. Within 30 days of graduation, I was asked to be a partner in my friends window installation business, whose father manufactured windows. Craig (the son) and I installed replacement windows. 30 days out of high school making $50,000.00 a year. The partnership lasted 6 months as I wanted to grow the business and Craig wanted to be on his boat, drinking and water skiing by noon. Around 1976 I bought into a indoor pistol range, gun shop and bar. Yes, bar. My partner was Police Commissioner of Philadelphia Police Department. I practiced my shooting skills to the tune of 3,000 rounds per week. Of course, I also commercially manufactured ammunition for nationwide sale. We had a bar on the second floor of the gun shop and range. When the Liquor Control Board investigator came to inspect our place, he said, "You guys will never, ever get a liquor license" Jimmy being Police Commish had our liquor license 1 week later.

At that time, I started to manufacture firearms which my partner wanted no part in. I packed up my things and started manufacturing the M16A1 rifle for military and police. Being top ten in the country on the combat course, I also started training police and military. Then the PA Attorney General made a statement that no one can now manufacture, deal, repair or own machine guns in PA. 30 days later, I was located in Ft Lauderdale FL.   Gateway to my 3rd world countries and Central and South America. Business was booming, pardon the pun. My case about the AG in PA persecuting me was documented by the Chief of the Bureau of Alcohol, Tobacco and Firearms. Myself and 2 others sued the state of PA. I am in so many history books it's not funny. My Chief of Police Commissioner partner, I head years later was arrested by the FBI on 4,000 counts of racketeering. More stories about that when I see you.

I loved life in FL. There's much more to tell about FL and what I was involved with, which I will be glad to go into detail when we talk in person. Let me just say, that when Oliver North was in front of Congress, I was in Nicaragua doing what he was accused of. I was registered with the Department of State and Department of Defense as a "Manufacturer of Implements of War. This meant I could sell you an ICBM missile with a "conventional war head" but not a nuke. I'll tell you later about the Presidents of the 3rd world countries that I had dinner with.

Moving on, I got out of the manufacturing business in 1986 and went back to Philly. I stopped by my old friend Craig's place to look for work. When he pulled up, saw me sitting on the steps, he asked what I was doing there. I said I was looking for a job. Craig said, "OK, you're hired".. Hired to do what? Craig said run my window manufacturing company. I said...OK. Craig's factory was 155,000 square feet, with 150 employees.

I talked Craig into buying some metal working machinery so we could do our own maintenance. We bought the equipment and things were working good. At the time he was grossing $250,000.00 a week. I started manufacturing equipment which was never in existence before to help increase production. It was taking the shop 3 man hours to make 1 window. I told him I could make 1 window every 2 minutes. He laughed and said I was crazy. Crazy is the story of my life. Within 1 year, I took him from 12 million to 70 million dollars. I created semi and automated production lines that produce 1 window every 2 minutes.

After a few years, he replaced me with a guy whose wife was the CFO. What were you saying about politics? LOL I started my own manufacturing business building fitness equipment called Atlas Fitness Equipment. Within a few years, I closed my business and took a position as Operations Manager of York Barbell, the worlds oldest equipment manufacturer. Within 2 years I took them from 5 million to 60 million a year. Thought I was going to retire from there...ha. After I built the business up, the owner sold York Barbell to a guy (unknowingly of course) that buys and sells business's. The owner and his henchmen were evil. After two years, the owner called me in his office and said he wanted all the prints of equipment I designed and manufactured, converted to metric, over the years. I asked why and his mentally ill first cousin said, "because that's what we want". I'm not intimidated by much in this world, and I stepped on Wally's toes, and pushed my chest against his and said, "You didn't answer my question". The owner then said, "We going to close our manufacturing facility and just bring everything in from China". I humbly promised him the prints would be on his desk by 6am in the morning. When he came in, he found a 6 page screw you letter, referencing his mental illness, anti-American decision to buy from China, how his first cousin and people treat the employees like dirt and so on. I wrote on my welding table for my crews to see in the morning, "Elvis has left the building". That was 2000. I designed and manufacture 6 different lines of equipment for York Barbell. At the height of our success, my equipment was in ever NBA, NFL and university. The last job I did was for the LA Lakers. After that, Shaq was so impressed, he asked if I would build the same equipment for his personal gym but build it 25% larger for his size 22 feet.

In 2002, a friend asked me to come and work on location at his rainbow trout farm, and said it wouldn't last more than 3 months doing all the repairs and construction. One project ran into another and I was at the farm to 10 years. I ran the farm and kept it working as it was a dilapidated property. We had a separate processing building where we prepared 2 million pounds of rainbow trout a year to very high end restaurants and wholesalers. My friend sold the business 10 years later and I off and running by myself again. For a number of year I made good money selling firewood. I bought the right equipment for the job which really helped this one man operation. By myself, I would go out on my land, cut 70' oaks down, skid them back to a clearing and run them thru the firewood processor. I was selling and producing 4 cords of firewood every day by myself. I also did portable welding, firearm instruction, construction and many other things.

In 1980, I was in Scottsdale for the 2nd Annual Soldier of Fortune Convention showing off and demonstrating my wears. I fell in love with AZ and said if I ever retire, it will be in AZ.

In 2017, I drove out here looking for property. Tucson was way too congested and I eventually checked out Vail.  My property in PA was all woodlands. I built an airplane hangar to work and live in, 45' x 85'. I built a block wall in the read 1/3 and that was my living quarters. The floor to ceiling height was 24'. I build a loft in the back and that was my living quarters.

After all my life experiences, I prefer the quite life. I owned a mountain top in PA (no neighbors) and now look out onto 500 square miles of conservation land to play with. There is not much I haven't done in this world and I continue to push on every day. I have been blessed in this life for so many reasons. Now at 65, I'm starting life over again and enjoying every second of every day.

What I have written is not ever the tip of the iceberg. When we talk, there is so much more detail I can go into.

Do You Have Pre-Tour Questions?
Or Are You Ready to Book Your Tour?

Please call - (520) 345-4682  or send an email to bob@desertadventuresvailaz.com to schedule your tour date or to ask pre-tour questions.